Menu
www.usedplants.com ...where your search for used plants and equipment ends!

The Vacuum Pipe Still (VPS), or Crude Unit, processes the crude oil in three fractionation towers to separate the crude oil into its various components. The products from the VPS include

These products are either charged to downstream process units for other refining, or sent directly to final product blending.

The Fluid Catalytic Cracking Unit (FCCU) processes heavy gas oils and resid material from the VPS and purchased sources, catalytically cracking the oil at temperatures in excess of 930oF. The catalyst used is continuously circulated between reaction and regeneration stages to maximize the cracking reactions. The cracked products are then separated and recovered as:

• Fuel Gas
• Propane
• Propylene
• Butane
• Butylene
• Gasoline
• Light Cycle Gas Oils
• Decant Oil
The fuel gas is treated to remove sulfur and then used as a fuel source for the refinery fired heaters and boilers. All products are sent to other units for charge and treating or diverted to tankage.

The Low Sulfur Gasoline (LSG) Unit uses the SCANfining™ process to upgrade FCC gasoline by catalytically hydro-desulfurizing the feed to meet LSG specifications. Feed is comprised of light and heavy FC, from the FCC the light stable gasoline. Desulfurized product goes to the tank farm for blending gasoline.

The Catalytic Reforming Unit (CRU) processes low octane naphtha from the VPS and purchased sources, chemically reforming the low octane material into high octane gasoline blend stocks. The process occurs in the presence of hydrogen gas and at temperatures in excess of 900oF over a platinum catalyst. The gasoline product, or reformate, is separated in a light gasoline for aromatic extraction and a heavy gasoline for final product blending. In order to remove sulfur and other catalyst poisons from the naphtha feed to the CRU, the naphtha is processed in Hydrotreating Unit 4 at temperatures in excess of 600oF in the presence of hydrogen and a cobalt molybdenum catalyst. The sulfur compounds are converted to H2S and separated from the naphtha.

The sulfolane unit extracts benzene and other aromatic components from the light reformate product from CRU2 using a selective solvent. The mixed aromatic product is treated using clay to remove color bodies and then fractionated into benzene, toluene, xylene and heavy aromatic products.

The HTU1 can take suction from tanks 110 and 111. The charge is then heated; hydro treated and stripped of sulfur. The HTU1 removes organic sulfur and nitrogen compounds from various refinery streams: naphtha, kerosene, diesel, and LCO. This is accomplished by passing these streams, in this is accomplished by passing these streams, in the presence of H2, across a bed of cobalt/moly (Co/Mo) catalyst. The organic sulfur and nitrogen compounds are converted to H2S and NH3 respectively. These impurities are then removed as off-gas. These off-gas streams are scrubbed of H2S in the high pressure amine absorber. The predominant operating mode for the HTU1 is on diesel feed. On-test product is routed to storage.

The ultra low sulfur diesel (ULSD) hydrotreater (HTU3) receives stripper products from the VPS and LCGO from the FCCU. The hydrotreating catalyst removes sulfur from the feed by converting it to H2S. The H2S is stripped from the ULSD product and sent to the Sulfur Plant for recovery. ULSD Product is stabilized and sent to storage.

The Isomerization (Isom) Unit processes n-C6 material from the sulfolane to make gasoline blend stocks. The n-C6 is isomerized in the presence of hydrogen over a platinum catalyst to form i-C6, which has higher octane values.

The Alkylation (Alky) Unit processes liquefied C4 olefin and i-C4 material and converts it into high octane motor gasoline. This is done using a sulfuric acid catalyst at controlled temperature and pressure. The fractionation section of this unit separates butane from the gasoline product.

This unit pretreats alkylation unit feed to remove butadiene, which increases acid catalyst consumption at the alky unit. The butadiene is reacted in the presence of hydrogen overThe butadiene is reacted in the presence of hydrogen over a palladium catalyst to convert the butadiene to C4 olefin, which is then sent to the alkylation unit. Cumene Unit The cumene unit processes liquefied C3 olefin material from the FCCU with purchased benzene and benzene from the sulfolane unit to form cumene, a petrochemical used in the manufacture of phenol and phenolic resins. This is done using a zeolite catalyst.

The Sulfur Recovery Units #2 (SRU2) convert the waste H2S streams from the hydrotreating and fuel gas treating units into liquid sulfur. This conversion involves combustion of H2S and reaction of the sulfur dioxide (SO2) formed with H2S over an alumina catalyst to form
elemental sulfur.

The Sulfur Recovery Unit #3 (SRU3) is designed to convert H2S acid gases from the Amine Unit and sour water stripper to elemental sulfur. This is based on controlled combustion with air in which H2S is oxidized to form sulfur, water vapor, and heat. A catalyst is used to facilitate this process.

Any waste stream that is generated in the plant that contains a benzene concentration of 10ppm or above is diverted in a closed system to the benzene NESHAPS for benzene removal.

The Flare Gas Recovery Unit recovers refinery flare gases from the existing flare system. The gases are compressed and treated to remove H2S, then sent to the refinery fuel gas system. 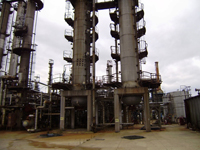 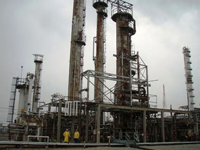 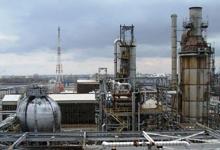 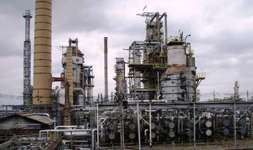 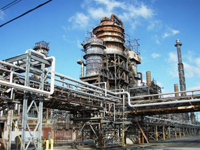 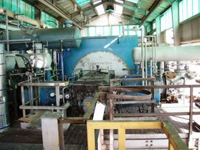 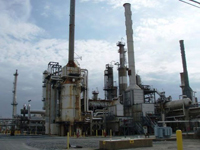 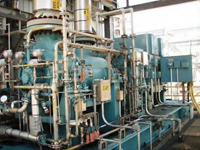 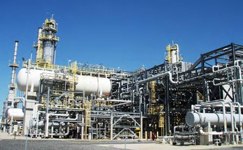 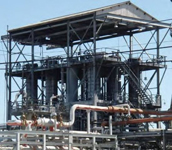 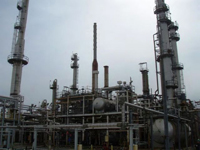 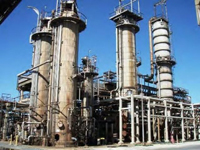 Industrial Asset Management provides solutions for your asset management with a focus on:

Looking to sell your
used Equipment?

IAM provides you with the largest inventory of used plants and equipment, which are decommissioned due to overcapacity, mergers, business reorganization or environmental regulations at their present location.